What is the Best Angle for Solar Panels in Australia? 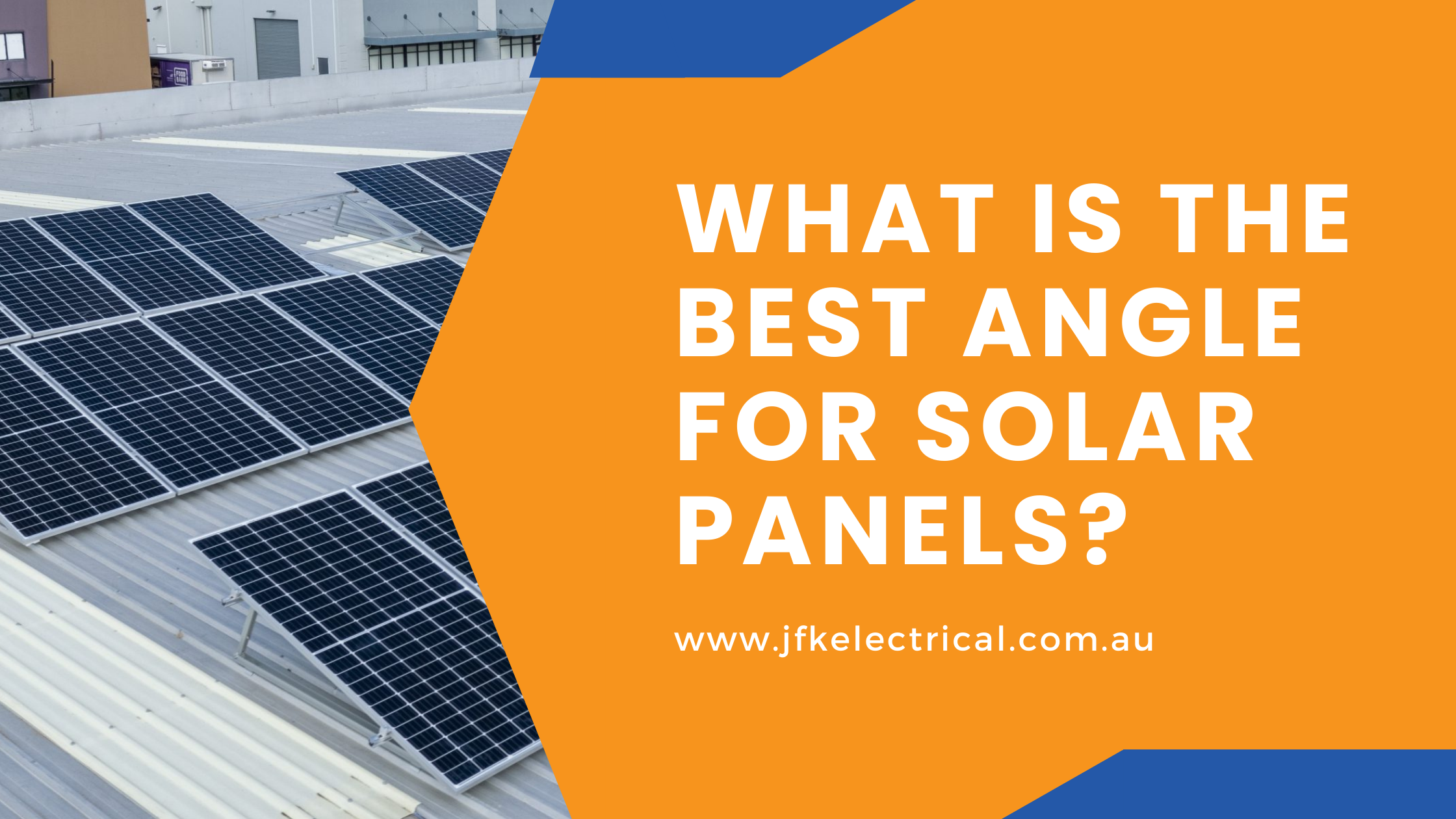 The best angle for solar panels in Australia is between 12 and 43 degrees, depending on where you are in Australia. Having solar panels installed at the optimal angle will increase the amount of energy they generate, working more efficiently to save you more and recoup your investment faster.

This article helps you determine the right direction and angle of your solar panels so you can squeeze every watt out of them.

How Does Angle Affect Solar Panels?

Because solar panels work more efficiently when they are receiving direct sunlight, angling your solar panels so sunlight hits them more directly will increase the amount of light they absorb and the energy they can generate.

Put simply, solar panels need a certain amount of direct sunlight to get the most out of your investment. If your panels are installed at a poor angle, they’ll generate less electricity with lower exposure to sunlight.

Since the earth rotates on its axis during a 24-hour cycle, the position of the sun in the sky also changes. So, to maximise the energy output of your solar panels, you need to determine the right angle of the panels. Photovoltaic cells generate power when the angle at which the sun’s rays hit the panel surface is small. As a general rule, solar panels will generate the most optimal amount of power when the sun is directly perpendicular to them.

In addition, you also need to consider your consumption needs.  For example, if you’re generating electricity for self-use rather than selling it back to the grid, then the optimal angle would be different. Your solar panel size and angle are two factors that work together to improve the amount of energy your panels can generate, with optimal size and angles drastically increasing electricity generated; reducing your electricity bills and helping the panels pay for themselves sooner.

What Affects the Best Angle for Solar Panels?

The location of your country – If you’re located north of the equator, then your solar panels should face true south. The opposite is true if you live south.

Since Australia is located south of the equator, you should angle your solar panels so that the cells face true north for the best direction for solar panels in Australia. In general, solar panels that face directly east or west generate 20% less power than if they were facing north or south.

Latitude – Latitude refers to a measurement of distance north or south of the equator. Latitude is usually represented by 180 lines—called parallels—that encircle the Earth east to west; you can see these parallels in globes or world maps.

As a general rule, the best angle for solar panels is the angle that follows—or is equal—to the latitude angle of your property’s location.

Existing roof design – In theory, the best roof design for an optimum solar panel angle is one that faces north or south and has an angle that follows the nearest parallel. But since each property is unique, this theoretical orientation is not always applicable.

In addition, flat or extremely steep roofs can make it challenging for the property owner to optimise solar power output. Adjustable solar panel stilts may be needed to counteract sub-optimal positions.

Time of the year – The position of the sun during the seasons also affects solar output. During winter, when the sun is low on the horizon, it’s best to position the solar panels at a steep angle of around 60 degrees to achieve optimal performance.

During springtime, when the sun is higher up in the sky, solar panels can be adjusted so they can be positioned at a shallower angle, usually around 45 degrees. During summer, when skies are clear and the sun is high, you can generate a good amount of power with the panels at a shallow angle, roughly 20 degrees.

Because the sun is constantly moving along the sky, it’s highly recommended that you invest in and install an automated solar tracking system. This allows your panels to automatically angle themselves so they’ll be perfectly aligned to the sun, giving you optimal power throughout the day and season.

How to Calculate the Best Angle for Solar Panels

For example, if your property is located in a place where the latitude is at 35 degrees, then the optimal angle for your solar panels during winter should be around 47 degrees. Conversely, in summer, the angle should be at around 17 degrees.

What Is the Best Angle for Solar Panels in Australia?

The best solar panel angle in Australia is between 12 to 43 degrees, depending on which part of Australia you are living in. We provided a quick guide for you below, but you can use the PV Watts Calculator website to calculate on your own.

What Is the Best Angle for Solar Panels in Perth?

Perth is located at the southeastern end of the continent at a latitude of 32 degrees. If you’re living in Perth, the optimal angle for your solar should be around 28 degrees. Angle your solar panels at 20 degrees north.

What Is the Best Angle for Solar Panels in Sydney?

What Is the Best Angle for Solar Panels in Adelaide?

The city of Adelaide is located at a latitude of 35 degrees down south. Put your solar panels at an angle of 29 degrees to get the maximum amount of power. Orientation of your solar panels should be around 6 degrees north.

What Is the Best Angle for Solar Panels in Canberra?

Canberra sits in the far southwest of Australia. Its latitude rests at 35 degrees. If you’re a resident of Canberra and would want to install solar panels for your home or business, angle your panels at 30 degrees. Angle your solar panels at 356 degrees.

What Is the Best Angle for Solar Panels in Brisbane?

On the eastern side of Australia lies the beautiful city of Brisbane, located at a latitude of 27 degrees. Adjust your solar panels at an angle of 24 degrees to get the most out of the sunlight. In addition, angle your solar panels to 357 degrees north.

What Is the Best Angle for Solar Panels in Melbourne?

Melbourne, the second-most populated city in Australia, is located south of the continent at a latitude of 35 degrees. If you want to install solar panels for your home and business in this area, angle your solar panels at 30 degrees. Maximise their exposure by angling them to 8 degrees north.

What Is the Best Angle for Solar Panels in Darwin?

Darwin is right up north in Australia. With the place nearest to the equator, it sits at a latitude of 12 degrees. When you install solar panels, angle them at 18 degrees to optimise solar power. Angle your solar panels to 30 degrees north.

Is My Roof Angle Okay for Solar Panels?

If you want to get as much out of your solar panels as possible, you can crosscheck and make necessary adjustments to your optimum solar panel angle depending on your home or business’s location in Australia.

Can You Install Solar Panels on a Flat Roof?

Although you can install solar panels on a flat roof, and they will work fine, it’s not advisable. Solar panels installed on a flat roof risk rainwater pooling on them which can reduce efficiency and potentially cause damage.

Does the Direction of Solar Panels Make a Difference?

What Is the Best Orientation for Solar Panels?

Depending on your location and how your panels are going to be used, you may need to slightly rotate the panels from facing true north to allow longer exposure to sunlight.

Solar panels can sit flat, but it’s not recommended as they will be less efficient than those set at an angle. In addition, water won’t run off if the panels are laid flat, pooling until it evaporates, leaving dirty marks that reduce solar panel efficiency. In time, stagnant water can damage the panels as well.

Do I Have to Put Solar Panels on the Roof?

You are not restricted to roofs, solar panels can be installed anywhere as long as there’s a lot of sunshine and there aren’t any obstructions. Solar panels can be placed in yards, gardens, or specially prepared clear areas (such as solar farms).

The roof of a structure is generally the most convenient place to install solar panels. There are fewer obstructions to direct sunlight if the panels are placed high up on the roof.

Properly installed solar panels can definitely save you a lot of energy costs. They can generate electricity without having a considerable carbon footprint. We hope that this article will guide you on the proper orientation and alignment of your solar panels so you can enjoy every watt of green energy they produce.

PrevPreviousSolar Inverter: What is it? How Does it Work?
NextSolar Panel Output & Efficiency: Everything You Need to KnowNext 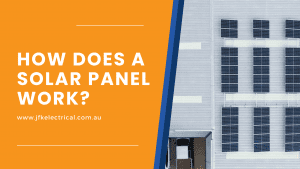 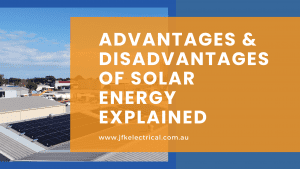 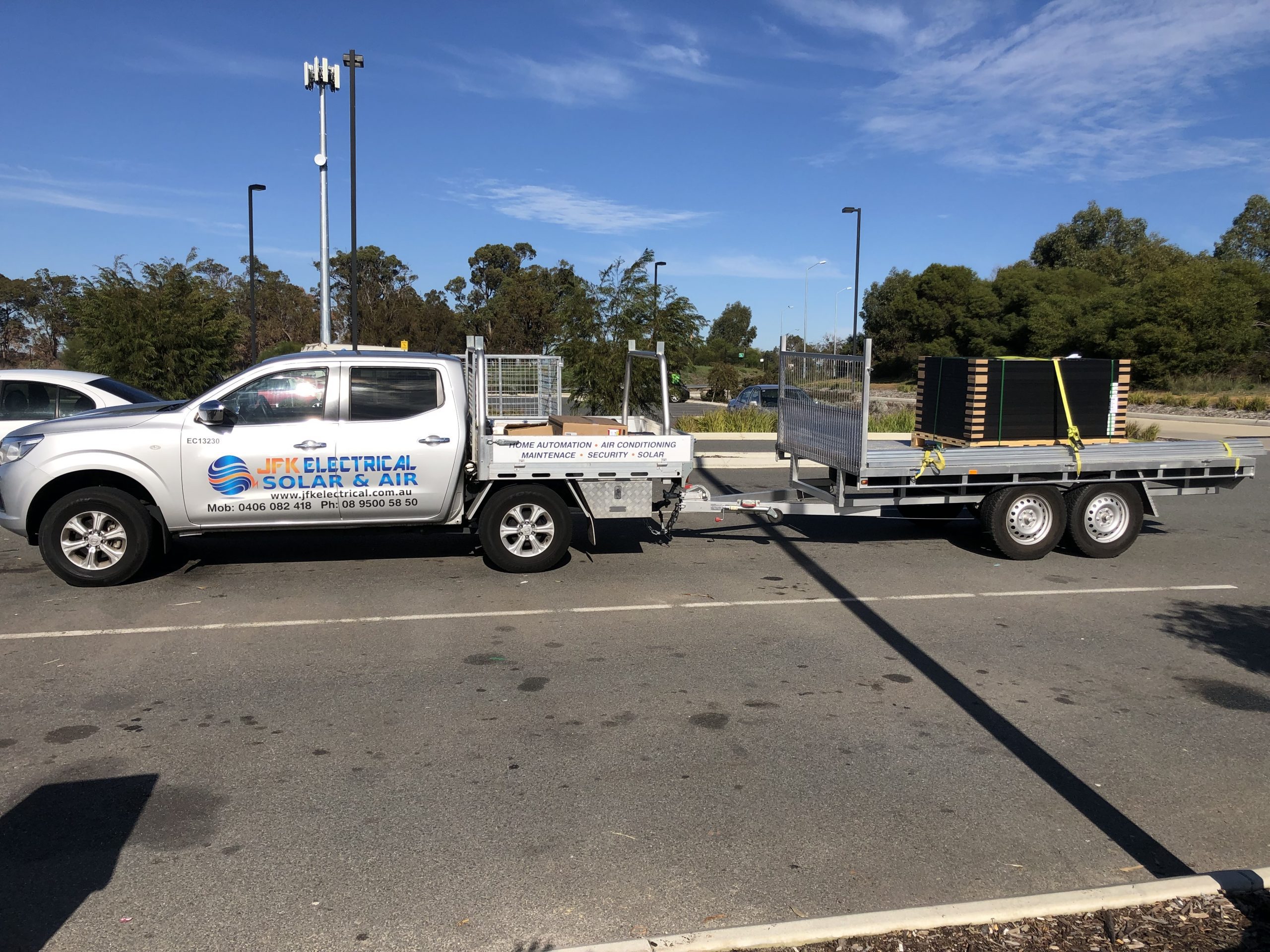